Why You’re Broke and What to Do About it 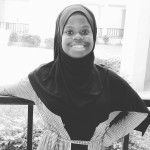 Broke in a typical Nigerian colloquial terminology means “lack of sufficient money or lack of financial breakthrough. It can also best describe the moment when your income can’t suffice your expenses and more.”

So, I conceived this situation, which we’re all used to… I don’t know if you’ve been there. Maybe we all have been there. More or less, virtually everyone has that friend or relative who is always broke. The broke scenario and its rationalization look like this. Let’s hear from a friend:

“I earn about so and so amount monthly. Even though I’m on a strict budget, I had quite a lot of financial obligations that popped up. I had to buy the latest version of an iPhone. I had to buy the new brand of shoes that I eyed in the market. I couldn’t even get my eyes off it. Meanwhile, for the shoes, I needed a complementary bag, so I got it.

Mary and I have to hang out at Chicken Republic too and go see just one movie in the cinema. Owambe things on point too by the last Saturday of the month. I must buy the aso-oke at least because I’m not buying the aso-ebi. Boo hasn’t sent any money since I asked. In short, after everything I’m broke as in, so broke.”

So often, when we’re broke we always have a rationalization for it. Excuse one, excuses two, three, four, five, and the list goes on and on. If you’re a student entrepreneur for example, and you’re not financially stable, you’re bound to experience this often. Even if you’re not in the entrepreneurship sphere, anywhere you work, you can experience not having enough money. And most of the time, you don’t know why, even when you know why, you come up with one million excuses to comfort yourself.

But I’m sorry to break this to you, you’re broke because you are the reason why you’re broke. In your financial life, you’re fully responsible, no one else is. You’re not broke because you’re meant to be broke, or life isn’t fair. You’re broke, because, you choose to be broke. There is no such thing as not having enough money when you operate on a very strict financial budget, guard and manage your finances well.

Well, for a typical Nigerian, the economy is harsh, we know. Moreover, that is not a news to anyone in the country. That we experience day to day financial and social resources constraints cannot be overemphasized. Often, unforeseen events pop up. But even though, that’s not a valid excuse for your brokenness. No one is responsible for your life, including your finance.

Have you ever been broke? How did you deal with it? Would you like to share your experience with us? Drop your thoughts in the comment section. We would like to hear from you. With love!

Wakilat Zakariyau (DaintyZawak) is a leader, pro bead maker, avid reader, growing philantropist, media enthusiast, budding journalist, dreamer, believer and achiever. She is the founder and national convener of DaintyZawak Initiative, a non-profit, non-governmental philanthropic organization that focuses on kids and teenagers. She is also the CEO of Zawak Beads, a beading brand.