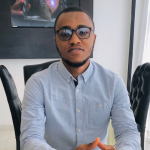 Nigeria, the giant of Africa, is well-known for its rich natural resources, ethnic groups, culture, weather and bilateral relationships with other countries. Amusingly, it is also a nation of many wealthy individuals including some of the richest in Africa.

After careful and diligent research, here are the top 10 richest Nigerians and their estimated net worth this 2020.

Unlike 2014, when his net worth a total sum of 25 billion USD, Aliko Dangote currently has an estimated net worth of over $10 billion (3.6 trillion naira).

He is a businessman, investor, philanthropist and founder, chairman and CEO of Dangote Group. The biggest multinational conglomerate in West Africa. The company, which was founded in 1981 in Nigeria, now operates in Ghana, Togo, Benin, Senegal and six more African countries; employing over 25,000 people in these countries. They deal in cement, flour, salt, sugar, steel, packaging and oil and gas.

He began the business with a $5,000 loan from his uncle and repaid it after three months.

Despite the chunk of his wealth, Dangote is the 136th richest individual in the world on Forbes’ list.

For over 6 years now, Mike Adenuga has always been the second richest person in Nigeria. He is popularly known for his company, Globacom, which is the third-largest telecommunication company in Nigeria.

He is not just the second place in Nigeria, but also in Africa, following Dangote behind.

Aside from the telecom business, he is also a business tycoon in the oil and gas industry. Being the chairman of Conoil Plc.

Mike Adenuga is a self-made billionaire who made his wealth from the industries mentioned earlier. He started from a humble beginning. He attended Ibadan Grammar school and got his bachelor’s degree at Northwestern Oklahoma State University. He proceeded to get an MBA at Pace University, USA, where he supported himself by earning money as a taxi driver.

As of 2020, Otunba Michael Ishola Adenuga has an estimated net worth of $8.7 billion (₦3.1 trillion), which earns him the 2nd on this list.

Abdulsamad Rabiu is the chairman and founder of BUA Group. Also, he has been the chairman of BOI (Nigerian Bank of Industry) for over 6 years ago when he was appointed.

Alhaji Abdulsamad is the son of one of the most prestigious Nigerian industrialists in the 1980s, Isyaku Rabiu. His father was arrested by the then Nigerian administration for unpaid import duties, so Abdulsamad had to oversee the family business. Before this, he was a student of Capital University, Columbus, Ohio.

Since establishing BUA in 1988, the company has grown enormously, earning Abdulsamad the third-richest man in Nigeria. He basically focuses on cement production, sugar refinery, oil and estates.

Abdulsamad Rabiu’s current net worth, according to Forbes, is $1.5 billion (₦542.2 billion).

General Theophilus Danjuma (Rtd.)  is the 4th on the list and this is because he had an estimated net worth of $1.2 billion (433 billion naira). Interestingly, his net worth has never been made public until 2019.

He is a retired general of Nigeria, politician and chairman of South Atlantic Petroleum.

Theophilus Danjuma started his business career in 1979 when he formed the Nigerian America Line (NAL). Thereafter, he founded COMET Shipping Agencies Nigeria Ltd in 1984. In 1995, Danjuma established South Atlantic Petroleum (SAPETRO). The company is into the exploration of oil and began its own oil production in 2009.

In 2016, the retired general became the Chairman of the Board of NatCom Development and Investment Ltd.

Additionally, it had been reported that he has over 30 luxury properties across the globe.

He is not just a profound billionaire but also a philanthropist, establishing the TY Danjuma Foundation in 2008 to reduce poverty in communities.

She’s a billionaire businesswoman and a role model to hundreds of thousands of Nigerian females. She started her journey on a small scale and worked very hard to get to where she is now.

She worked as a secretary at Sijuade Enterprises in Lagos then moved on to work at a bank which is known today as FCMB. Thereafter, the created her tailoring business, which eventually became one of the most prestigious fashion companies in Nigeria within a few years.

She diversified into the oil sector in 1993. And it has been worth it for her and her family, even though they’ve faced some challenges. Our federal government suddenly claimed 50% of the company share. They claimed that she and her family could practically earn $10 million daily if allowed keep their oil bloc. Eventually, she won the twelve years battle with the government in court.

Today, she is the executive vice chairman of Famfa Oil and the managing director of Rose of Sharon Group.

Jimoh Ibrahim is not just on the list of Nigerian billionaires, but also in Africa. His estimated net worth of $1.1 billion (397 billion naira) is as a result of the successful businesses he runs.

NICON Insurance, NICON luxury hotel, Air Nigeria, Global fleet building and many more companies, which are all subsidiaries of Global Fleet Group. He is the chairman and CEO of this conglomerate. It is based in Nigeria and spreads across some West African countries.

Some of the sectors he invests in include: oil & gas, insurance, airlines, hotels, real estates, banking, publishing and many more.

Jimoh Ibrahim is not only a businessman but an author, lawyer and politician. As a politician, he contested for the governor of Ondo state in 2003 under the ANPP flag but lost. In 2016, he emerged as PDP’s governorship candidate but was replaced with Eyitayo Jegede by the Independent National Electoral Commission (INEC).

As of 2015, the Nigerian investor and entrepreneur’s net worth was estimated to be $700 million. But today, he has an estimated net worth of $1 billion (₦360 billion).

Tony gained public attention when he acquired Standard Trust bank with the help of a small group of investors he led. The bank, at that time, was a small and staggering commercial bank in Lagos. He also brought about the acquisition of United Bank for Africa in 2005 and has, since then, expanded it.

Currently, he is the chairman of United Bank for Africa (UBA), Heirs Holdings and Transnational Corporation of Nigeria.

He is well-known for his Tony Elumelu Entrepreneurship Programme run by his foundation –Tony Elumelu Foundation. The programme offers training, mentorship and capital to individuals with credible business ideas in Africa.

He is happily married with 7 kids and I think I like the number of kids he has.

Jim Ovia is popularly known for the company he founded –Zenith bank Plc. A large commercial bank that provides financial services in Nigeria and Anglophone countries in West Africa. Since its establishment, Jim has expanded the company and turned it to a very profitable financial establishment in the country.

He is also an author and speaker and has been an inspiration to many aspiring entrepreneurs in Nigeria.

Oba-Otudeko, with an estimated net worth of $550 million (198 billion naira), occupies number 9 of the list. He is a successful business magnate, entrepreneur, investor and philanthropist.

In 1972, he established Honeywell Group and is the chairman till date. Honeywell Group is a multimillion-dollar conglomerate which invests in several sectors which include food and agriculture, real estate, telecommunication, and finance. Additionally, he was the chairman of FBN Holdings for 12 years before retiring in 2010.

He has headed so many institutions in the past and they include Olabisi Onabanjo University, Ago-Iwoye, Nigeria where he served as Chancellor until 2010, Airtel Nigeria Limited where he was the chairman and Fan Milk of Nigeria Plc. where he was also the chairman.

Born in Ilorin, Kwara state, Hajia Bola Shagaya is known to be one of the richest women in Africa. In fact, the second richest woman in Nigeria after Folorunsho Alakija. She is a businesswoman, fashion fanatic, entrepreneur and leader.

She began her career journey in the CBN and, thereafter, in 1983, ventured into the importation and distribution business. After a while, she became the only West African agent of Konica, a Japanese multinational technology company.

Hajia Bola is on the board of Unity Bank Plc, the managing director of Practoil Limited, patron of the Fashion Designers Association of Nigeria (FADAN) and a member of Nepad Business Group –Nigeria.

Today, she currently has an estimated net worth of about 360 million US dollars ( ₦130 billion).

She’s married to Alhaji Shagaya, a business magnate, and has 6 children.

Abdullah is the Team Lead at NaijaHustler.com.ng and Editor-in-Chief (If you find an error in any content, please spank him). He is a copywriter who currently prefers to proofread and edit other people's content and a student at the University near Lagos Lagoon.